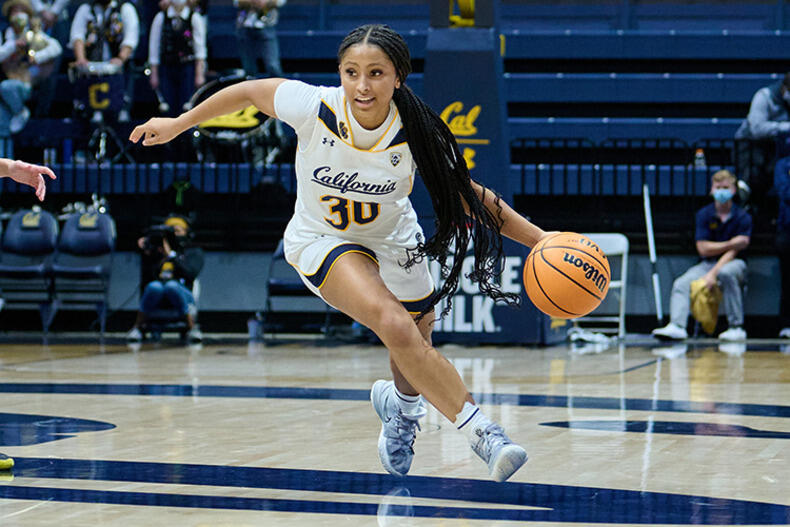 Cal sports are in full swing this semester with the winter programs in the heart of their schedules and many spring seasons already underway.

There are plenty of opportunities to watch Golden Bear men’s and women’s basketball in action in Haas Pavilion through the end of February. Both squads end their home schedules on Saturday, Feb. 26 with a doubleheader inside the arena – a women’s game against Washington State at noon and a men’s game versus Stanford at 5:30 p.m. Among the players to watch are high-scoring freshman Jayda Curry, one of the top freshman women’s basketball players in the country and already a four-time Pac-12 Freshman of the Week, and a trio of seniors on the men’s squad who form the core of the team: Andre Kelly, Grant Anticevich and Jordan Shepherd.

The Bears sport a pair of ranked gymnastics teams, with the women’s squad coming off its best season in history and featuring the program’s first-ever NCAA champion in Maya Bordas, who captured the uneven bars title last March. Fellow national power Utah visits Haas Pavilion on February 12, while the men will entertain Stanford a month later on March 12.

Cal baseball starts a 29-game home schedule the weekend of Feb. 25-26 when Illinois-Chicago visits for a three-game series, and Golden Bear softball features 18 home dates concluding with a three-game set vs. Arizona in early May.

Other sports to watch on campus include rugby, men’s and women’s tennis, women’s lacrosse, beach volleyball and track & field. All home events are open to spectators under public health protocols. Check CalBears.com for complete information and up-to-date schedules. If you aren’t able to come in person, most home games and meets are streamed live or televised on the Pac-12 Network with links available on CalBears.com and Pac-12.com.

Excitement is also building for next fall’s football season, which features seven home games including Oregon, Washington, UCLA and Stanford. The Big Game on Saturday, Nov. 19 will feature celebrations around two significant anniversaries – the 125th renewal of the rivals that dates back to 1892 as well as the 40th anniversary of The Play, when the Bears won on their incredible five-lateral kickoff return through the Stanford Band. Season-ticket information is available through CalBears.com/tickets.